A spanking-new home without a mark on the wall or a stain on the carpet what’s not to like? Still, if you’ve ever made a move with children in tow, you will know they are not always keen to pull up roots and settle in somewhere new.

“Children, especially younger children, thrive on routine,” says Janet Morrison, a psychological associate in private practice in Toronto. Anything that disrupts that routine can throw them for a loop.

Ms. Morrison advises making sure children are part of the process and generating interest in their new surroundings. “My kids weren’t keen about moving, at least at first,” says Bob Finnigan, a partner with Heathwood Homes. He moved with his wife and two daughters, then seven and four years old, from East Toronto to the Bridlewood area about two years ago. “They had friends at school they didn’t want to leave.”

Mr. Finnigan has watched numerous families move and he had a sense of how to get his girls involved. “We visited the house a lot as it was being built,” he says. “It was kind of neat for them to see the house go up.”

As well, they walked around the neighborhood, pointing out the school the girls would be attending and the places the family would shop. “It is not always possible for children to see the house in advance,” Ms. Morrison says, “especially if you are moving to a different city. But at the very least you can take a lot of pictures of their rooms, the home itself, and the neighborhood.” 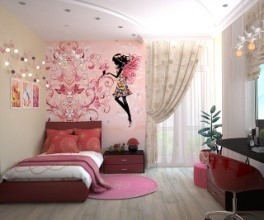 Mr. Finnigan allowed his girls to help decorate their rooms- a strategy Ms. Morrison condones. “You want to generate excitement or anticipation about the kinds of things your kids can latch on to in their imagination, ” she says. “Things like what their room will look like. Children are no different than adults in that, if we can actually have a picture in our heads about what it’s going to be like, we’re less anxious.

Once moving day came, Mr. Finnigan’s daughters were allowed to pack a bag of their own with their favorite stuffed toys and other treasures. “Little girls seem to have favorite clothes,” he says. Those bags went in the car with the girls, instead of disappearing into the moving truck, And when the family arrived at the new house, the first rooms to be put in order were the children’s rooms, “so that, at least they felt comfortable going to sleep there.” 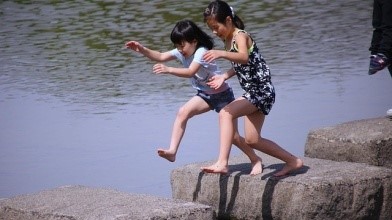 While such techniques may work with little ones, Ms. Morrison points out, the older the child, the more problems they are likely to have adjusting. “The hardest hit are teenagers- they’re the ones that are really entrenched in their lives, their schools, their friends. It’s horribly disruptive for them- they’re very self-conscious and they’re very invested in all those things. While under-four years old- whose lives revolve around their mothers and fathers- might adjust to a move in the matter of weeks, and school-aged kids can take as long as a month to latch on to a new best friend, teenagers may take several years to adjust. “They often wish their parents would disappear,” says Ms. Morrison. “Their lives are where their friends are.”

Krista Deering of Georgetown can attest to that. After moving her 14 year old son, Simon, from Oakville 18 months ago, she says she and her husband frequently wondered whether they had done the right thing. Simon was angry and upset. He missed his friends and his hockey team. “He talked about running away or going to live with my mother, who still lives in Oakville,” Ms. Deering says. 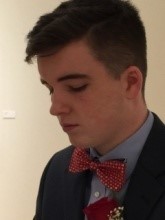 How do you handle such emotions? “Mainly you have to tolerate that they’re going to kick up a heck of a fuss and you’re going to have to listen to them,” Ms. Morrison says.

“They have a right to voice their opinion in the same way as if you’d told them you were going to get a divorce. They’re entitled to be angry.”

For Simon, the turning point came when his mother enrolled him in a local hockey team. “I think if you can get them involved in an activity in the new community, it makes a big difference,” Ms. Deering says. Almost overnight he found his milieu. Now he says “he’ll never leave Georgetown. He tells me he’s never moving again. And I won’t move him… at least not until he finishes high school.”

“Another thing that can make an impact on how well children weather a move is the reason for it, says Ms. Morrison. ” After a divorce it’s particularly hard. Everybody’s upset, angry and tense, instead of happy.” As a parent, it is crucial to stay as positive as possible and to try to involve the whole family in the decisions to be made.

Applewhite Movers wants to make it easy on you… Seriously!
That is why we offer packing and moving services so you can focus on more important things.
Call us at 256-430-1198 or fill out a quote form online.

Applewhite Movers is ready to support you during the COVID-19 crisis. We follow the CDC/EPA guidance for cleaning and disinfecting found here: https://www.cdc.gov/coronavirus/2019-ncov/community/clean-disinfect/index.html and we follow the Interim Guidance for Businesses to help prevent workplace exposures to COVID-19 found here: https://www.cdc.gov/coronavirus/2019-ncov/community/guidance-business-response.html.